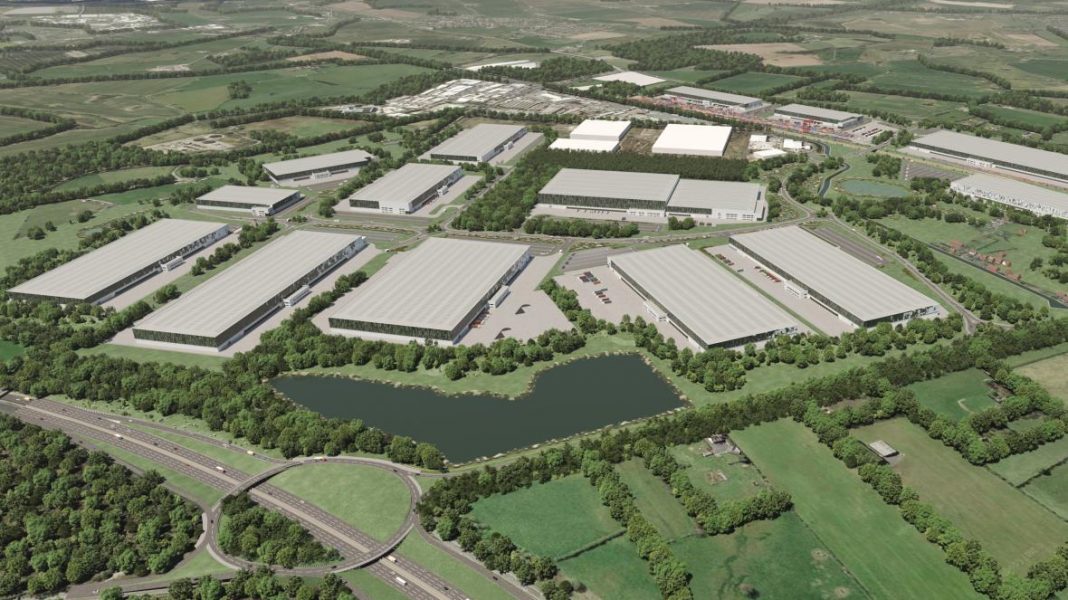 The West Midlands Interchange, a 734-acre South Staffordshire site, is to be developed into a major logistics hub with the promise of £1 billion of investment after the site was acquired.

Real estate investor Oxford Properties Group and Logistics Capital Partners have formed a joint venture to purchase the site that is west of Junction 12 of the M6 in South Staffs.

Oxford and LCP are said to be jointly investing £1billion to action the project over a number of years, with Oxford providing the majority of the capital and working alongside LCP’s team as development manager.

Planning consent has already been secured by the vendors, which allows for the delivery of around 8m sq ft of prime logistics space and provides flexibility around the project timeline and scale of units.

Infrastructure works are expected to commence in the first half of next year with the first buildings on site ready for occupation in 2023.

The site will accommodate new warehouses ranging in size from 200,000 square feet to over 1m square feet, with building heights up to 30 metres.