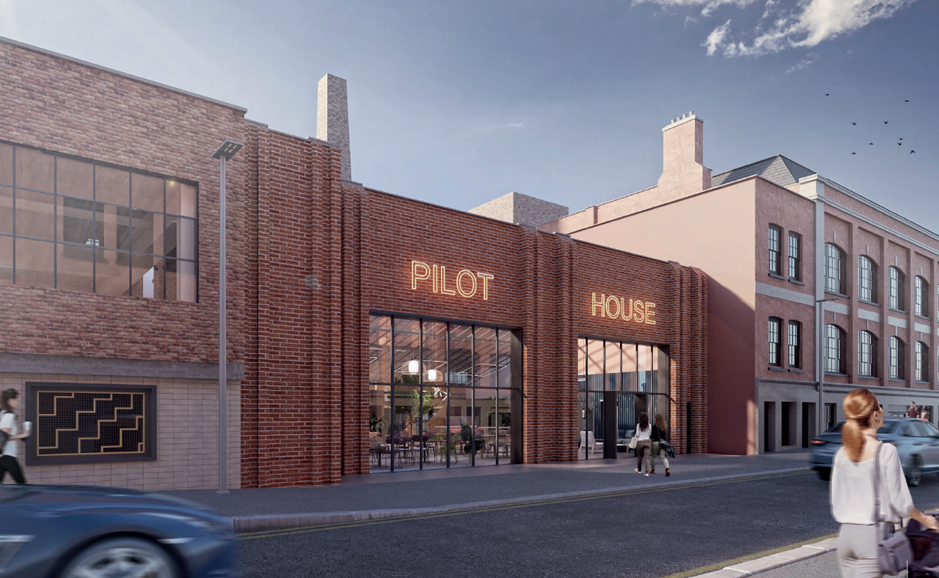 Leicester’s creative business community has received a boost from the Government’s Levelling Up Fund.

The Government has announced that Leicester City Council’s bid for funding had been successful, with £8.6m allocated to a regeneration project of Pilot House. The provides 75% of the total budget required for the scheme.

The news means that plans to refurbish the council-owned site on King Street into a hub for start-up and growing businesses can now go ahead, subject to planning permission.

Under the council’s proposals, Pilot House would be sensitively transformed to provide a central courtyard and atrium for shared use, a business zone for technical and digital businesses, and a co-working lounge.

Existing industrial features, including parquet flooring and exposed brick and beams, would be retained and a new entrance into the courtyard would be created from King Street.

The five separate but interconnected buildings on site would be transformed into 60,000sqft of high quality accommodation that would support around 250 new jobs.

The Pilot House scheme would support training and skills development, including higher education programmes, meetings and events. It would be a permanent base for businesses of varying sizes, from graduate start-ups to established firms, and of varying types – including craft makers and design practices.

It would also provide the skilled roles that would encourage graduates from Leicester’s two universities to remain in the city when their studies are over.

Subject to planning permission, work could start on site in early 2023, with the building open for business from spring 2024.